HTML stands for Hypertext Markup Language. It is s markup language for World Wide Web. HTML was developed by Tim Berners Lee during 1990’s. It consists of tags which are used to dene content and web page formatting.

HTML 1.0: The first version of HTML was 1.0, which was the basic version of the HTML language, and was launched in 1991.

HTML 2.0: This was the next version that was released in 1995, and it was a standard language version for website design. HTML 2.0 was able to support additional functions such as loading files based on forms, form elements such as text box, option button, etc.

HTML 3.2: W3C published the HTML 3.2 version in early 1997. This version was able to create tables and provide support for additional options for form elements. It can also support a web page with complex mathematical equations. It became an official standard for any browser until January 1997. Today it is practically compatible with most browsers.

HTML 4.01: The HTML version 4.01 was released in December 1999, and is a very stable version of the HTML language. This version is the current official standard, and provides additional support for style sheets (CSS) and scripting capabilities for various multimedia elements.

HTML5: HTML5 is the newest version of the hypertext markup language. The first draft of this version was announced in January 2008. There are two main organizations, one is W3C (World Wide Web Consortium) and another is WHATWG (Web Hypertext Application Technology Working Group) involved in the development of the HTML version 5, and is still in development.

What is HTML features are:

1. It is a very easy and simple language. It can be easily understood and modified.

2. It is very easy to make an effective presentation with HTML because it has many formatting tags.

3. It is a markup language, so it provides a flexible way to design web pages along with the text.

4. It makes it easier for programmers to add a link on web pages (using html anchor tag), so that the user’s browsing interest increases.

5. It is platform independent because it can be displayed on any platform such as Windows, Linux and Macintosh, etc.

6. It makes it easy for the programmer to add graphics, videos and sound to web pages, which makes it more attractive and interactive.

7. HTML is a language that is not case sensitive, which means we can use lowercase or uppercase labels. 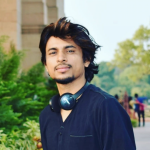 Hi, My self Raka Rocks. I am web designer and Front End Developer total 8 year exp. in this fields. I am a continuous blogger and has blogged on different topics. He loves to surf the Internet and always tries to get new ideas about new technologies and innovations and share this excellent information with all technology lovers.

What is Bootstrap 4? Explain It? 1 min read

What is Bootstrap 4? Explain It?

Raka Rocks 1 year ago
what is Bootstrap? Why use Bootstrap? 2 min read

Difference between HTML and HTML5?